The Wexford County Historical Society Museum (WCHS) is a nonprofit organization committed to the preservation and presentation of the history and culture of Wexford County. 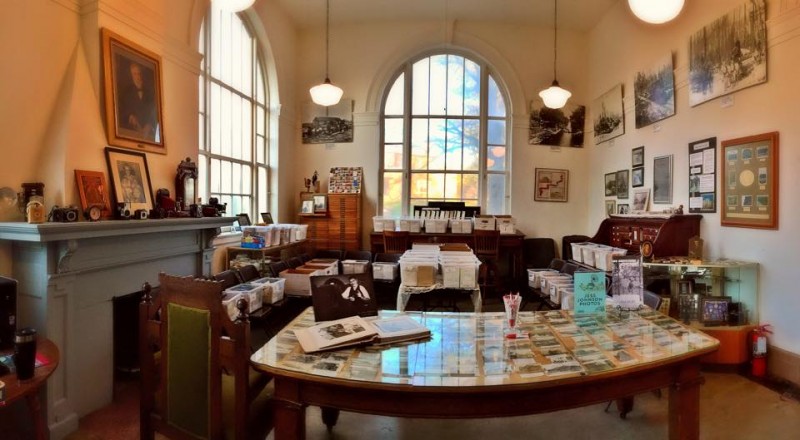 The 5,000 sq. ft. WCHS Museum is the leading source of displays relating to the history of Wexford County. It contains artifacts, photographs, maps, paintings, documents and exhibits of daily life in northern Michigan that reflect the community's history since its inception in the 1870's.

HISTORY OF THE MUSEUM

The WCHS Museum and former Cadillac Public Library is one of the most historically and architecturally significant structures in Cadillac. It was built in 1905-1906 with matching funds from the Carnegie Foundation to ensure that small, rural towns such as Cadillac would have access to a tool for education. The structure is one of 1,600 Carnegie libraries built between 1886 and 1917 in the United States. Architecturally, it is an outstanding example of classical revival style, and has been recognized as one of the most expensive and elaborate of the fifty-three Carnegie libraries built in Michigan.

HISTORY OF THE SOCIETY

In 1956, the Wexford County Historical Society was organized under the direction of Irene Kearney. The purpose of the society was “to bring together those people interested in history, especially in the history of Wexford County.” It’s major function was to “discover, collect, and display any material which may help establish or illustrate the history of the area: to promote public awareness of the value of the local museum as an educational institution at the county level; to solicit and receive grants, contributions and other property and to strive to improve the quality of the Wexford County Historical Museum.”

In 1973, a set of bylaws and a constitution were established, and one year later in 1974, a formal 501(c)3 nonprofit status was granted. An accumulation of artifacts from Wexford county residents accelerated through the mid 1970's, and were stored in the old Cadillac Potato Warehouse.

In 1969, the City of Cadillac completed the new public library building and the library moved to its new facility. The former Carnegie Library became the temporary home of the Cadillac Police Dept. for the next eight years.

When the Police Dept. relocated in 1977, the Carnegie Library was considered for demolition to make room for a new parking lot. Through the successful efforts of WCHS members led by Peter Buehler, over 1700 Cadillac and Wexford county signatures were submitted to the Cadillac City Commission, asking to save the building and lease it to the WCHS. The Commission agreed to provide WCHS with a long term, renewable lease to operate and maintain the building as a county historical museum.

Upon taking possession of the building, the WCHS members found it in a deteriorated state. Through volunteer efforts and local donations, WCHS repaired the building and opened it as a county museum in the summer of 1978. The renovations continue, but the building is in sound condition and shows off its resplendent grander.

In June 1983, the former Carnegie Library was designated a State Historical Site by the Michigan Historical Commission.

In May 2007, it was designated a National Register of Historic Places site.

The interior of the dome was restored in 2012.